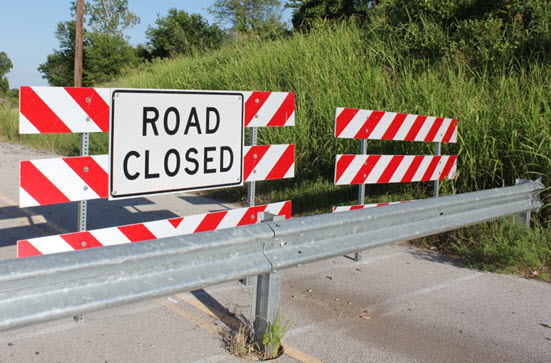 Claims Corner The Claims Corner is provided by ALTA’s Claims Committee, which reviews claims that have a unique or interesting set of facts or triggers an unusual aspect of a title policy. If you have an example that would make for an interesting article, send your suggestion to communications@alta.org.

Facts: The right of legal access to a parcel of land has long been a basic coverage provided by title insurance, and is often taken for granted by insureds. This was the case for the town of Lincoln, Mass., until the Air Force erected barriers and posted an armed guard in front of a one-acre parcel that was to become a group home for mentally disabled adults. The parcel, known as 12 Airport Road, had been a single family home for several decades before burning down in 2005. Afterward, the town acquired the parcel through their affordable housing trust.

The parcel is located on a road leading into Hanscom Air Force Base. The road was constructed and operated by the Commonwealth of Massachusetts in 1946 as a state highway. In the early 1970s, at the request of the United States, the Massachusetts Department of Public Works ordered that the part of the road leading into Hanscom was not needed for highway purposes. This portion of the road, which was needed to access the parcel, was then conveyed to the United States. Until 2011, the owners of the parcel could use the road. Once the town started moving construction equipment onto the lot to commence building the group home, the Air Force placed the barriers along the roadside barring access to the land, but not the road itself. The United States then took the position that it owned the road; the owner of the parcel never had more than a revocable license to use the road, and now it was being revoked. Massachusetts has no statute granting to abutters of discontinued public ways a right to continued use to access their land. Nor does the state’s highest court recognize a common law right to such use.

Outcome: The facts creating the claim were almost as peculiar as to how the claim was resolved. Long before there was a single-family residence at 12 Airport Road, the site played host to an important battle during the Revolutionary War. Parker’s Revenge took place on April 19, 1775, and is still re-enacted annually by the Minute Men National Park Association on the abutting Minute Man National Park. The Minute Men had long been trying to purchase the property to become part of the Minute Man National Park. After four years of litigation, a settlement was proposed in which a non-profit organization offered to purchase the property for land preservation. The town decided it was best to sell and find an alternative location for the group home.

Lesson Learned: The title insurance policy purchased by the town’s housing trust upon taking title to the parcel proved to be a wise investment. The insurer covered all the litigation expenses in both federal and state courts, as well as negotiating the sale of the property. Without the policy, the town would have been exposed to all court costs and legal fees, and may have ended up with a valueless landlocked parcel.

This claims summary was prepared by Andrew LeGrant. For more information, contact John Scanlon, claims counsel at CATIC, at jscanlon@catic.com.