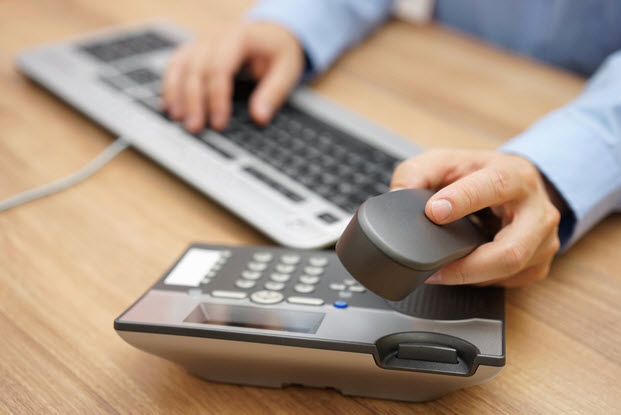 WHEN  we last addressed this topic, we discussed the importance of getting telephone contact information at the beginning of every closing so that e-mailed instructions, particularly wiring instructions, could be verified if there was any suspicion of fraud.  In the prior edition, Protect Your Company with an Ancient Weapon … the Telephone!, Dot Some I’s and Cross Some T’s Closing Agency, Inc. failed to confirm the legitimacy of a last minute e-mail that changed the wiring instructions for the sellers’ proceeds.  That error led to the sellers’ proceeds being stolen.  As illustrated below, fraud can take many forms, and the telephone is only an effective weapon if you know when to use it, and force your clients to do the same!

Technology Title first opened its doors for business in 2010.  Since that time it has been striving to be as tech savvy as possible.  Technology Title’s goal, unfortunately, made it the perfect target for Jane’s fraud.

Jane always was amazed by the level of trust people put in one another.  One day when Jane was driving down Main Street, she hatched a scheme to take advantage of that trust.  Jane had just driven by a house that was for sale by the owners.  She quickly pulled over and searched the address.  Jane learned that the house was owned by Mr. and Mrs. Smith, and that they had owned the house for forty-seven years.  Jane immediately created run-of-the-mill e-mail accounts for Mr. and Mrs. Smith and two fictitious buyers.  With her freshly minted e-mail accounts ready to go, Jane e-mailed Technology Title and asked if it could help complete a closing in the next twenty-one days.

First, Jane sent Technology Title a sales agreement that she put together from multiple samples she found on the Internet.  Because Jane needed to move quickly, she cut and pasted portions of the various samples into a single document.  Although the font did not match from beginning to end, Jane thought that it looked good enough and sent it along to Technology Title.  Jane, of course, forged all of the necessary signatures.  When Jane sent Technology Title the sales agreement, she also asked if the closing could take place in the next ten days.  According to Jane, the buyers wanted to speed things up.

Tim ran the title search, and began to fast track the closing.  Not surprisingly, Tim had a few questions for Mr. and Mrs. Smith.  When Tim called Mr. and Mrs. Smith to discuss the questions, Mr. and Mrs. Smith responded via e-mail and insisted that all communications take place via e-mail so that they could respond after normal business hours.  While Tim thought this was a bit strange for a couple in their early seventies, he loved the acceptance of technology and wished that more clients would take the same approach.

Tim once again licked his lips and wished that all of his customers could be like these buyers and sellers.  Tim prepared all of the documents and sent them to the buyers and sellers, via e-mail, as PDF documents.  Jane forged all of the necessary signatures and notarizations, and e-mailed the documents back to Tim.  Jane also sent one final e-mail from Mr. and Mrs. Smith requesting that the proceeds of the sale be wired to a different bank account.  The names on the new account, which was at an out-of-state bank, were not Mr. and Mrs. Smith’s.

As you probably surmised, the fraud was revealed when the cashier’s cash was not honored and Technology Title’s escrow account was left with a significant shortage.  While this was a somewhat sophisticated fraud, there were many red flags that could have tipped Tim off.

First, Tim never spoke with or met the sellers or buyers.  Even in today’s technology crazed world, you want, at a minimum, to speak with your clients, and ideally to meet them in person.  Further, when the buyers’ and sellers’ e-mail addresses are the type that you can create on the fly (gmail.com, hotmail.com, etc….) you should require such personal interaction.

Second, the sales agreement had different font throughout.  Even in a situation that involves a sale by owner(s), this is highly unusual.  If any document, including, but not limited to the sales agreement, looks irregular, questions need to be asked and answered.  Further, when a real estate agent is not involved on either the buyers’ or sellers’ side, and you don’t know the buyers or sellers (and possibly have never spoken with them) you should require an in-person meeting to go over the process and assure yourself that the deal is legitimate.

Fourth, the parties were rushing the process and the sellers provided a last minute change of the wiring instructions that switched the account to one which did not match the sellers’ names and was at an out-of-state bank.  Rushing, the last minute change of wiring instructions, the fact that the account’s name did not match the sellers’ names and the bank’s out-of-state location all are signs of fraud and a warning that you need to step back and reassess the transaction.  Precautions taken in these circumstances should include speaking with the buyers and sellers, and, ideally, meeting them in person.

There is no disputing the fact that technology makes our lives easier.  Unfortunately, technology also makes it easier for criminals to perpetrate frauds.  By harkening back to the days of the telephone and in-person communications, many of these frauds can be prevented.

While Lessons From Losses draws upon the claims handling experience of TIAC’s claims counsel, Troutman Sanders, LLP, the circumstances described are for illustrative purposes only.  This material is not intended to establish any standards of care or to serve as legal advice appropriate for any particular factual situations.  Lessons From Losses also does not create an attorney-client relationship; please consult counsel for appropriate advice regarding the specific circumstances of any claim or transaction.