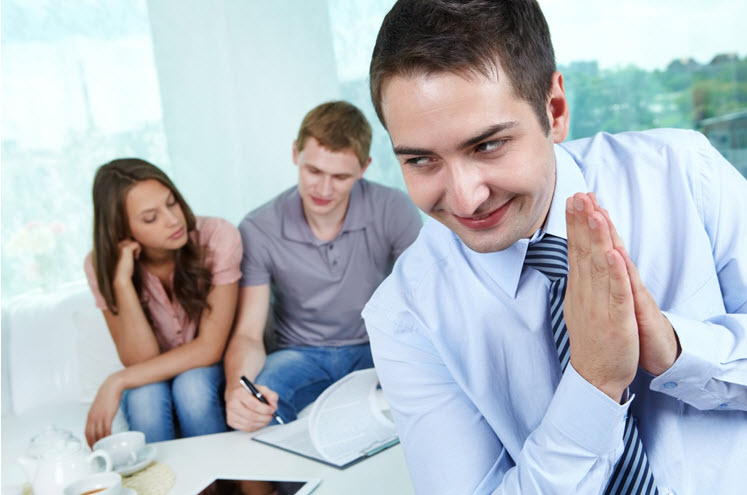 Fraud and forgeries have existed for as long as private property rights have existed in real property. They provide a great example of why consumers should purchase an owner’s title insurance policy when buying a house.

Recently, there has been a rash of incidents across the country of people allegedly forging or attempting to forge deeds that are available online to illegally sell homes.

In New York City, it is possible to view online copies of deeds, mortgages and other documents, which often include owners’ signatures, primary addresses, emails and phone numbers, the amount of the mortgage and whether there are liens on the property. Investors and those who live elsewhere during the winter months are susceptible to this crime. Fraudsters often target high-demand areas, and price homes just below market values. Often, cash buyers will snap them up quickly in all-cash transactions. As an example, a 79-year-old woman owned a property in Harlem in addition to her primary residence. She left the house empty for years. Eventually returning, she found the house had been sold without her knowledge about a year earlier for $750,000. The house is valued at more than $1 million. Fortunately, the unsuspecting people who purchased the home also bought an owner’s title insurance policy.

“Title insurance is the only protection for this type of fraud and should be emphasized even more due to the rise of this situation,” said Cynthia Blair NTP, a partner of the South Carolina-based law firm Blair Cato Pickren Casterline. “Our abstracters are trained to note any mortgage that is satisfied on the records without a corresponding refinance or sale so that we can investigate it further. While this wouldn’t catch all instances of a fraudulent seller, it’s certainly a major red flag.”

There have been about 30 related incidents reported recently just in the Manhattan borough of New York, according to officials at the Manhattan district attorney’s office. The New York City Department of Finance, which started tracking such crimes about a year ago, said it is currently investigating 120 cases. Meanwhile, prosecutors in Chicago and Detroit also said they have seen a spike in deed fraud. The Cook County recorder of deeds currently has 62 open investigations of suspected fraud, a spokesman said. To combat the problem, New York and many other counties have implemented fraud alert systems, according to Mark Ladd, vice president of industry and regulatory affairs for Simplifile. New York moved to a more robust system in 2014.

According to Frank Pellegrini, president of Prairie Title and past president of ALTA, the Cook County Recorder of Deeds (which includes metro Chicago) implemented measures to detect and thwart real estate fraud. Grantors receive postcards to verify intent for quitclaims. Additionally, Illinois has passed several laws specifically designed to prevent fraud in Cook County. An example is the Notary Act, which contains requirements for fingerprinting and maintenance of a notarial record for deeds affecting Cook County property.

“Cook County has been fertile ground for perpetrators of real estate fraud for many years,” Pellegrini said. “Title insurance is the only good news in this mess.”

Despite having fraud alert systems in place, the homeowners may not receive the notification for various reasons. In addition, criminals have found ways to circumvent the system.

“What I have seen in some of these cases is that even though the rightful owner received a notice from the county, they didn’t understand the implications, and so they ignored it,” Ladd said. “In other cases, people moved but didn’t update their information in the fraud alert system and thus, even though a notice was sent, it didn’t get properly delivered. I’ve even heard of the crooks changing the contact information in the fraud alert system so that the notice gets sent to the crooks. The crooks have figured out how the system works and in some cases, they’ve figured out how to spoof it.”

To help prevent this fraud, Title Lock recently launched a national service that alerts property owners of any fraudulent, mistaken or otherwise illegitimate filings, or recordings that could adversely affect the home value or property ownership.

According to a press release, Title Lock partners with one of the largest title companies in the country to send alerts in real time when documents of any type are filed at the county recorder against a property’s address.

“The sad truth is, very few (county recorders) have systems in place to verify the accuracy of those filings,” said Matthew Sorensen, vice president of sales and marketing at Title Lock. “As a result, homeowners aren’t notified when title fraud happens.”