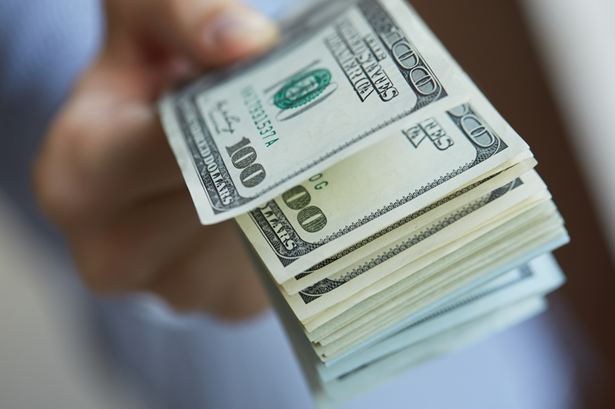 The Claims Corner is a TitleNews Online feature provided by ALTA’s Claims Committee, which reviews claims that have a unique or interesting set of facts or triggers an unusual aspect of a title policy.

FACTS: An owner’s policy of title insurance was issued in the amount of $1.2 million, concurrent with the insured’s purchase of vacant land in an extremely high-value area. The transaction was an REO sale of property, recently foreclosed upon by a local bank, and the insured, Ms. Able, received a quitclaim deed in exchange for the large purchase price in cash. Soon after closing, the insured Ms. Able began the process of building her dream home on the lot. All was well—right up until she got sued by the former owners of the property who had been foreclosed.

Let’s go back in time a bit. A number of years before our insured transaction, during the real estate boom, the former owners, Mr. and Mrs. Solomon, purchased this nice house and the vacant lot next to it. They owned the property as tenants by the entireties. Over the years, Mr. Solomon racked up a couple of million dollars in liens on the property after failed business dealings. Things started to get a bit sketchy for Mr. Solomon, and the Solomons transferred title to the vacant lot to Mrs. Solomon individually. A few years after that, they transferred title to the house lot to Mrs. Solomon.

Apparently, these transfers angered one of Mr. Solomon’s many creditors, who sued them both, saying that the transfers of the properties were a fraud on creditors. The creditor got an attachment for $500,000. The court in that case ordered that, as to the house lot, title must be re-vested back into both spouses. The court left title to the vacant lot in Mrs. Solomon. Finally, the court ordered that neither property could be further encumbered by the Solomons.

Soon thereafter, the parties to that case (the creditor and the Solomons) tried to settle up some of their issues; rates were falling, and they agreed that the Solomons would refinance of all of the existing debt on the properties, with the creditor getting a nice pay-down and subordinating its attachment to the new loan. The Solomons agreed that they wouldn’t get a penny from the refi. The Solomons went to the local bank and told their story. The bank knew it needed to be very careful here—there was a court order after all—so their counsel took the step of getting a new court order allowing the refinance transaction.

It all sounds good, right? Well, remember the state of title—house lot owned by both spouses and vacant lot just in Mrs. Solomon’s name? The bank set up the refinance transaction for BOTH properties with Mr. Solomon as the sole borrower on the note, and Mrs. Solomon as the only mortgagor on the mortgage. Wait, what? [Now, we all know we can do this kind of transaction, but it’s complicated and there has to be some documentation of what’s going on. For example, the bank could have set up Mrs. Solomon as a non-recourse guarantor, and she could have secured the guaranty with the mortgage, but the bank did none of this]. The $2.7 million refinance transaction took place, and all was well until the loan went into default and the bank proceeded with foreclosure.

To make matters worse, during the non-judicial foreclosure proceeding, the bank gave notice to Mrs. Solomon only, as the mortgagor, rather than to both spouses. The foreclosure sale was conducted, and the bank took back title to the property as REO. The bank sued the Solomons for eviction, and obtained a default judgment whereby the Solomons were ejected from the property. Interestingly, the bank chose to sell off the property separately. They sold the house lot to another investor for $1.8 million and the vacant lot to our insured Ms. Able for $1.2 million, which brings us back to the time of the insured transaction.

Our insured was happily building her dream home on the vacant lot when she was served with a lawsuit initiated by the Solomons. The lawsuit argued:

As to both lots, the entire mortgage was void, due to a failure of consideration. He was the only borrower. She was the only mortgagor. As to the house lot, because they owned it as husband and wife, but only she   executed the mortgage, the mortgage was not enforceable as to the house lot. (In the state where this claim occurred, a mortgage by only one spouse where title is held by the entireties is an unenforceable interest in only half of the estate, and that half interest only becomes enforceable upon death or divorce.)   As to both lots, the foreclosure was void, because the bank only provided statutory notice to Mrs. Solomon.

Ms. Able filed a claim with her title insurance underwriter, who was faced with an allegation of an absolute failure of title for $1.2 million. Sure, the Solomons didn’t exactly have clean hands. They had signed a court order to get approval for the very transaction that they were now trying to void, and one hoped that they would have trouble defeating any reformation action necessary to fix up the loan documentation. And as to the lot which purchased by Ms. Able, the bank did give Mrs. Solomon notice as the only owner of that property, so that was in the insured’s favor. As we all know, however, foreclosures are statutory creatures that must be done correctly or done over, so there were nerves all around.

Outcome: Counsel was engaged at the underwriter’s expense to defend the insured, and a motion to dismiss the Solomons’ complaint was filed based upon numerous theories of bad faith, laches, fraud, estoppel and res judicata. It’s never fun to be hanging your $1.2 million hat on murky equitable defenses from law books, but that’s what happened here, and thankfully the court in this case got it right. The court ruled that because the Solomons had allowed a default judgment to enter in the bank’s eviction proceeding against them, the issue of the bank’s rightful title to the property had already been adjudicated. Any claim by the Solomons that the loan documents were bad, or that the foreclosure was void, was barred by the doctrine of res judicata. The case was dismissed, and good title rested in the hands of Ms. Able.

Lesson Learned: There are some interesting points to consider from the perspective of the title agent and the insured on the value of title insurance, especially had things not gone so well in court:

When underwriting a transaction where a foreclosure or other statutory process is in the back chain, title agents must confirm—often by review of off-record evidence—that every statutory base was tagged. The consequence of a bad foreclosure is more often than not a complete failure of title. Ms. Able purchased the vacant property for $1.2 million, and that was the amount of the policy coverage. Having designed and substantially begun construction at the time of the lawsuit, Ms. Able’s damages in the event of a failure of title would have grossly exceeded policy limits. More interesting, what would have happened if Ms. Able hadn’t purchased title insurance at all? Even though the litigation to defend title was successful, it was as a cost of tens of thousands of dollars, all of which was covered by the title insurance policy. Had the defense not been successful, her large purchase price in cash, as well as at least that much in construction costs, would have been at risk without the policy. How many investors purchase foreclosed property for cash, and then pump money into it for improvements before selling? For the prudent purchaser, owner’s coverage is never an “optional” investment!

This claim summary was prepared by Michele Green, vice president and senior underwriting counsel for First American Title Insurance Company’s Agency Division. She can be contacted at magreen@firstam.com.